Board involvement is fairly consistent across industries, despite some swings in both the high and low end of the spectrum. The survey demonstrates considerable diversity in the frequency of board meetings, for example: The number of board meetings at respondent companies ranged from one to 28 meetings per year. However, 80% of companies had 4 to 12 meetings. The median (mean) number of meetings among respondent firms was six (seven) meetings per year. The median number of face-toface meetings was 4 per year. (See Figure 11.)

Figure 11: Number of Board Meetings 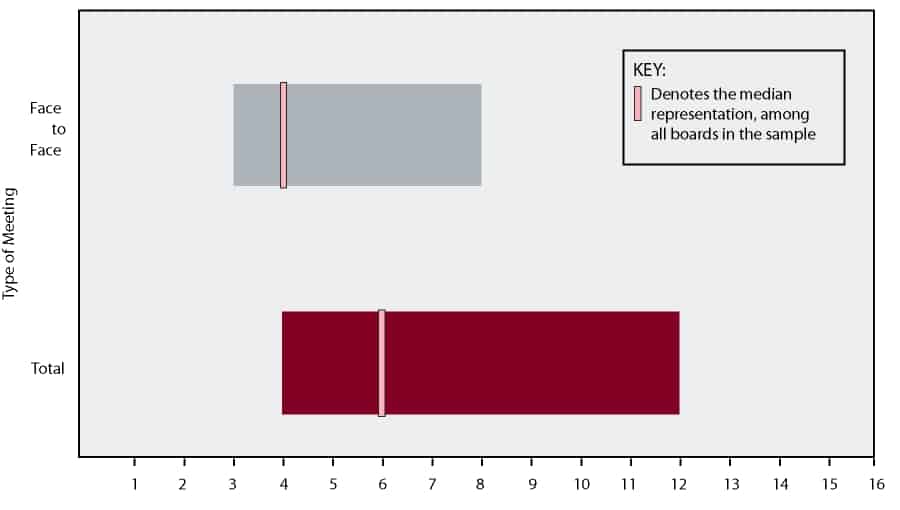