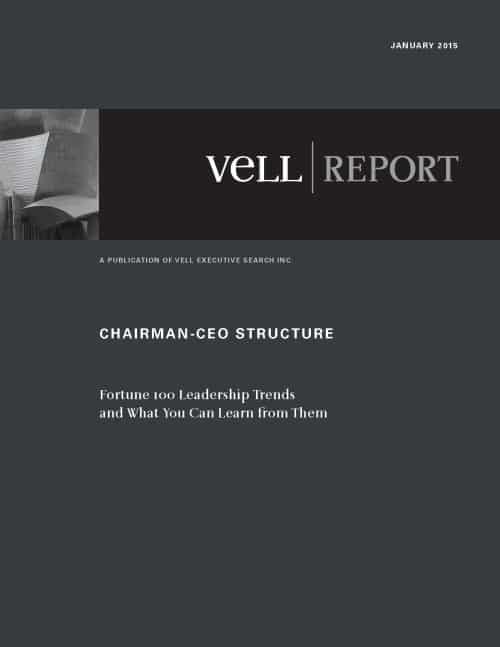 Our research set was the 2012 Fortune 100 companies. We looked at all changes to Chairman-CEO structure and all CEO transitions between January 1, 2000, and December 31, 2013.  When we refer to the “current” state of companies’ leadership structure, it is as of the end of 2013.

For purposes of analysis, we classified the 100 companies into six groups:

Note that we did not count very short-lived or interim arrangements as structure changes (e.g., CEO-and-Chairman departs suddenly and roles are split until a new CEO-and-Chairman can be chosen). We focused on instances where the board’s intent was to make a durable change to leadership structure.

The Always Combined and Always Split companies provide examples of consistency. The Combined with Transitions companies shed light on the effectiveness of this popular approach. The Single Combine and Single Split companies show many of the most purposeful – and sometimes forced – structure changes. The Complex Change companies show willingness to change leadership structure, typically in the face of business or leadership turmoil. Their current states are less revealing than their changes along the way, so we examine them as a group.

Throughout the examples and analysis, we note the presence of independent Lead Directors as part of the leadership structure. And we distinguish between companies that have individuals designated as Lead Director and those that have provisions for Presiding Directors on a rotating basis.

We also examine corporate governance guidelines and recent proxy statements to understand policy and rationale behind Chairman-CEO structure, structure changes, and roles of Lead Directors. Most of these companies have policies or preferences regarding leadership structure, and most of their annual proxy statements describe and affirm their current structures.

A few notes on terminology and methods:

This report is designed both to be studied if you want the full detail, and to be scanned if you want to survey the categories and dig in selectively. As an aid to looking up specific corporations, the appendix lists the 2012 Fortune 100 alphabetically and by rank.