Welcome to our CEO Turnover Newsletter. This newsletter covers open CEO roles and latest appointments in the tech sector in the month of June 2016. 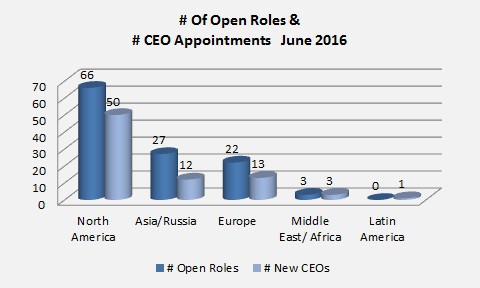 Sources of Appointments: 42 were External appointments, and 37 were internal promotions – Chair/Director (9), COO/President/EVP-Operations (5), CFOs (4), Divisional execs (4), Others (15). 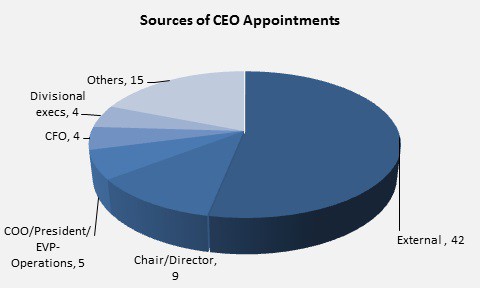 Geographic Distribution: 50 in North America, 13 in Europe, 12 in Asia/Russia, 1 in Latin America and 3 in Middle East/Africa. 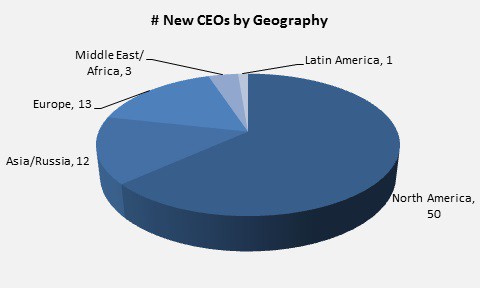 The average and median times open CEO roles have been open are about 6 months, and there is little variance by continent.  The longest open searches are:

This is the detailed version of CEOs Appointed in the month June 2016.