Welcome to our CEO Turnover Newsletter. This newsletter covers open CEO roles and latest appointments in the tech sector in the month of January 2017.

The average length of time the CEO searches have been open is 5.5 months, up from 5 months in 2016. There is little variance across geographies. 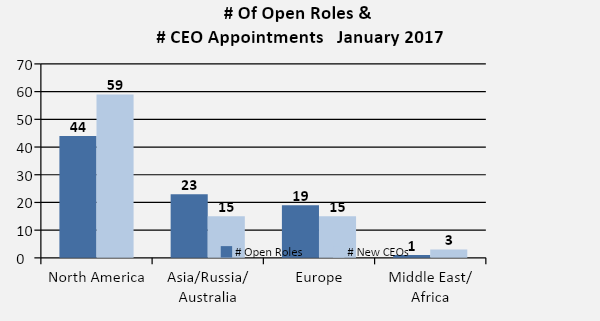 Sources of Appointments: 48 were External appointments, and 44 were internal promotions. 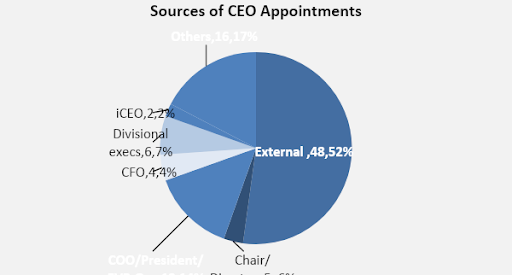 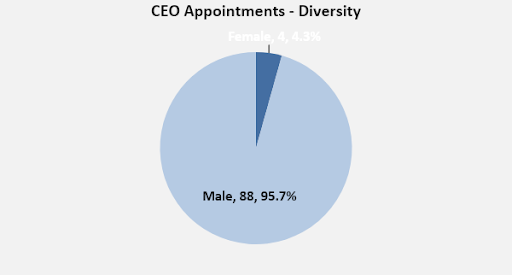 Geographic Distribution: 59 in North America, 15 in Europe, 15 in Asia/Russia/Australia, and 3 in Middle East & Africa. 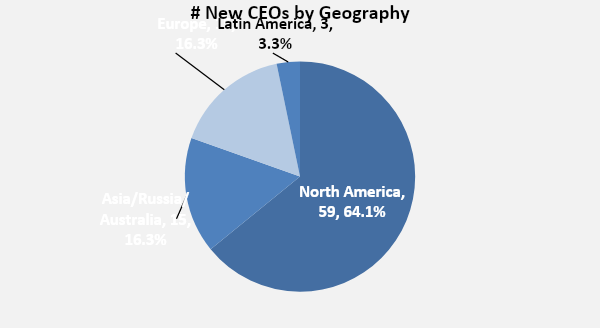 The average and median times open CEO roleshave been open are about 5.5 months, and there is little variance by continent. The longest open searches are:

Dora Vell
Vell Executive Search
t: 617-530-1260 - This email address is being protected from spambots. You need JavaScript enabled to view it.

CEOs Appointed in the month January 2017