Sources of Appointments: 93 were External appointments, and 27 were internal promotions – Divisional execs (2), Interim CIO/CTO (1), Others (24). 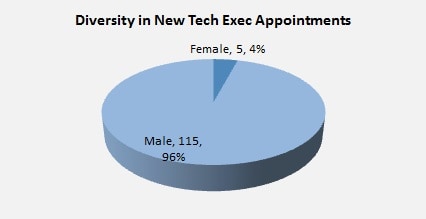 Geographic Distribution: 100 in the US, 9 in Europe, 10 in Asia/Russia/ Australasia, and 3 in Middle East & Africa.

Dora Vell
Vell Executive Search
t: 617-530-1260 - This email address is being protected from spambots. You need JavaScript enabled to view it.

Dell, Texas - $59B, November 2015
Paul J. Walsh, Dell’s CIO, is leaving the company. Scott Pittman, who had been leading Dell’s IT infrastructure services, was named interim CIO while the company looks for a permanent replacement.

Facebook, California- $17.93B, May 2016
Facebook is searching for a new CIO. Tim Campos, the company’s current CIO, is leaving at the end of the year to start a new company.

Unisys, Pennsylvania - $3.01B, July 2016
Unisys is seeking a CISO. The CISO is responsible for setting and maintaining the internal IT security direction for Unisys.

Shutterstock, New York - $464.3M, July 2016
Shutterstock announced that Anshu Aggarwal, CTO of the company, notified the company of his decision to resign from his position, to spend more time with his family. The company has commenced an external search for a CTO to succeed Aggarwal.

Ruckus Wireless, California - $326.9M, June 2015
William Bill Kish is leaving his position as CTO of Ruckus Wireless, to pursue new interests, and has stepped down as a member of the Board of Directors. The company has launched a search for a new CTO who will fuel the next wave of innovation.

inContact, Utah - $222.0M, April 2016
On April 15, 2016, inContact reached an agreement with Julian Critchfield, EVP and CTO, for his separation from service with the Company.

American Traffic Solutions, Arizona, September 2015
The company is looking for a CIO responsible for leading and overseeing all aspects of the Company’s technology capabilities, resources and assets.

Centrify, California, July 2015
The CISO is the leader of the corporate/physical security function for Centrify, which includes responsibility for overall corporate security strategy, security architecture development, and global function oversight

Smaato, California, September 2015
Smaato is seeking a CTO to determine the direction of software development, solutions and product offerings.

VITAS Healthcare, Florida, June 2015
The company is looking for a CISO, to work closely with the IT and Technical Services teams to identify, document and mitigate IT security concerns as related to overall access to resources.

NIBCO, Indiana, September 2015
NIBCO is seeking a CIO for setting long and mid-range strategies, objectives and initiatives for the Information Services function.

Ancestry.com, Utah, May 2015
Ancestry is currently looking for a leader to fill the new role of CISO, responsible for establishing, executing and maintaining the enterprise vision, strategy and program to ensure that Ancestry’s physical and digital information assets and technologies are adequately protected.

MobileGuard, North Carolina, July 2016
MobileGuard, formerly TextGuard, is seeking a CTO to oversee all technical aspects and technological resources of the e-discovery and supervision solution provider.

Progress Software, Massachusetts - $400.3M, November 2016
Progress Software Corporation announced that the company has eliminated the role of Michael Benedict, Chief Product Officer of company and, as a result, Mr. Benedict's employment with the company will terminate.

OOPS! Missed Announcement in June -
We really appreciate you letting us know when we miss an appointment
Christopher Eagle who was appointed CIO at Covanta, a $1.9b market cap company,  in June 2016.

More in this category: « Recruitment Updates - Our Breakdown of New Heads of Technology & C-level Changes C-suite Open Roles and Appointments for Tech Executives »