What does it take to be a Board Member of a Tech Board?

The characteristics of the boards who completed the survey were dramatically different, even among companies doing business in the same industry. Perhaps one of the most insightful differences is the make up of the board members’ professional backgrounds and industry experience. For example, there were large variances among companies in the proportion of board members who are company officers, venture capitalists, major investors and independent outsiders.

First is the talent myth. CEOs and investors believe that they cannot attract world-class talent to a privately held company. That premise is flawed. Our experience has been that senior executives want to give back and enjoy contributing to entrepreneurial companies for reasons beyond compensation.

A third reason is control. VCs and private equity players sometimes want to maintain tight control of the boards of privately held companies.

A final reason is that this is not top of mind for the board members or the CEO. Typically, the board’s first concern is attracting a management team. Later, the board focuses on its own makeup. This ties back to the first premise that CEOs and investors mistakenly believe that they cannot woo top talent to entrepreneurial firms.

Figure 5a: Board Composition of Private Companies: Spread in Representation 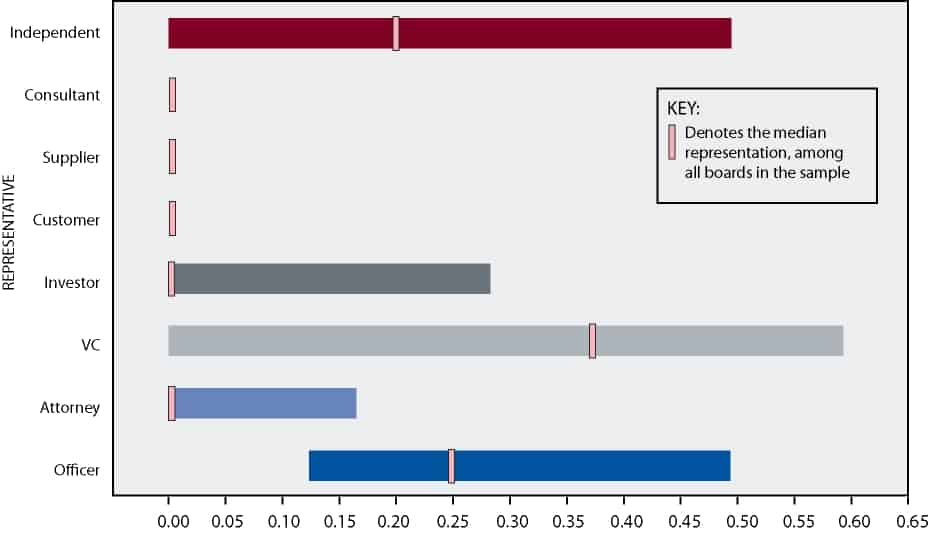 Figure 5b: Board Composition of Public Companies: Spread in Representation 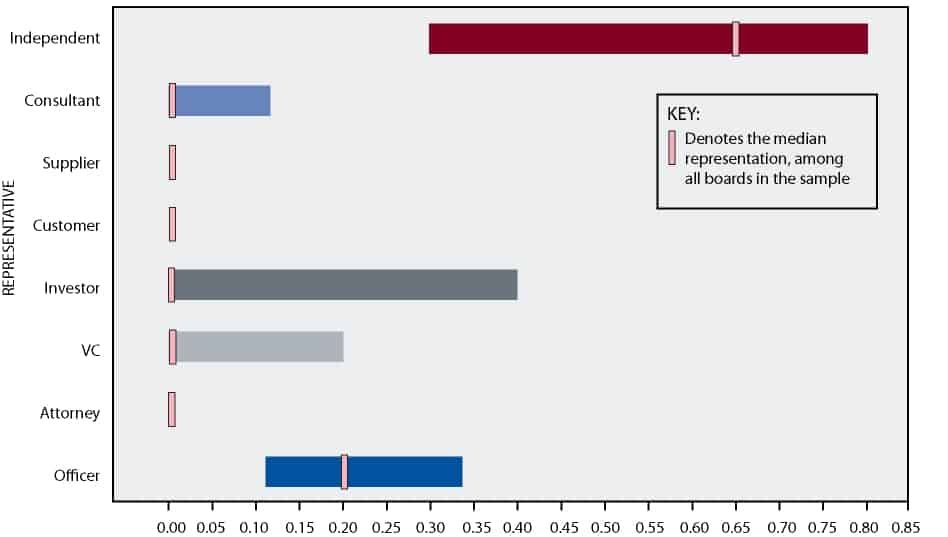 Considering the relatively short lifespan of the responding companies – most firms were in operation for less than 10 years and none have been doing business for more than 10 years – it follows that director tenure at the surveyed firms is short.

Specifically, the median director in the survey’s sample of small technology firms reports a mere 3 years tenure. By contrast, in 2005, the median director among S&P 1500 firms had a 6 year tenure. Given that more than 65% of respondent companies have been in business for 5 to 10 years, we can conclude that many directors were not members of the board when the companies they serve were initially launched.

Figure 6: Director Tenure - Number of Years on Present Board 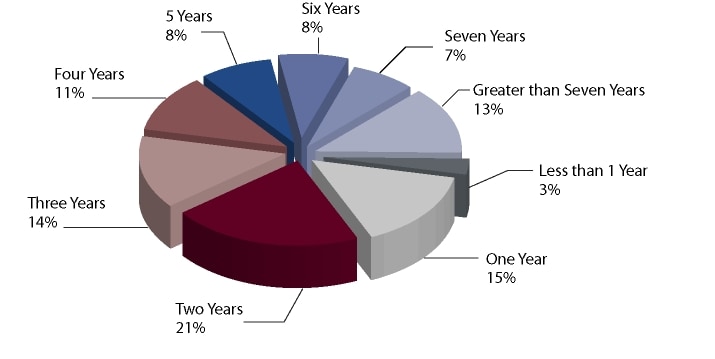 The survey discovered a welcomed disparity, though, between the director’s tenure on the board and his/her experience in the technology sector. Although less than 10% of respondents reported greater than US$100 million in revenue, the median director has at least $100 million in liquidation experience. (See Figure 7.) 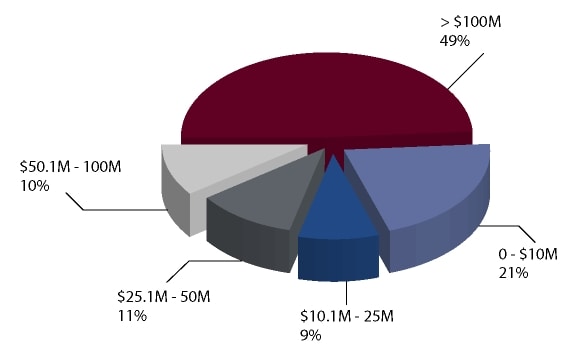 Massachusetts is a technology hotbed. Given that the greatest concentration of surveyed companies are located in the state, it’s not surprising that approximately one fourth of all directors represented in the survey report significant experience in the software industry.

More than 20% of board members come from the financial services sector, while more than 10% come from telecommunications. About 8% are in the business services field, while about 7% are in the hardware sector. 5% are in the health care and pharmaceutical field. Less than 5% are in the education, manufacturing, aerospace, and automotive fields. Consumer products and services were least represented, with less than 5% of directors coming from that sector of the economy. (See Figure 8.) 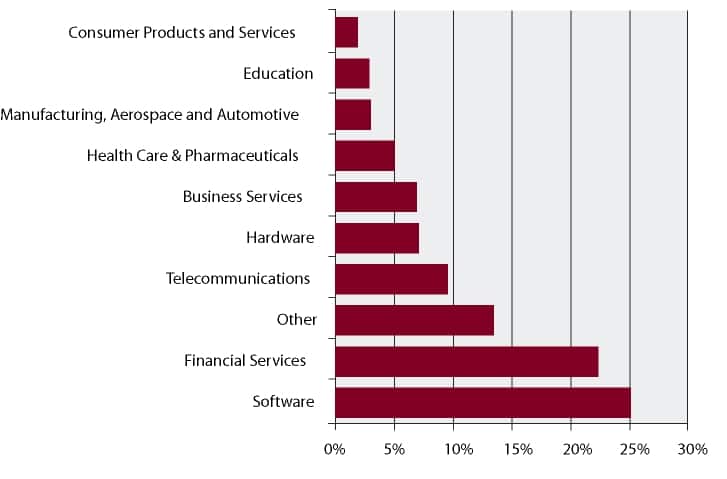 More in this category: How big are Tech Boards and how many vacancies do they have? »