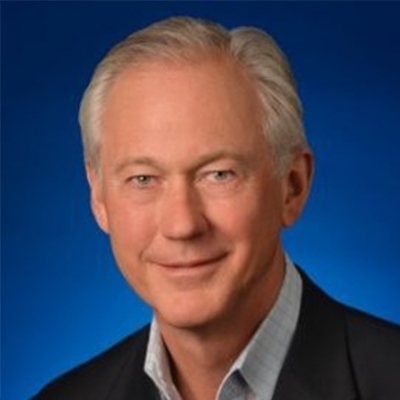 Mr. Cohrs brings an extensive and diverse background to D-Wave, having served in senior positions in corporate strategy, development and finance at Marriott, Northwest Airlines, GTE, Global Crossing and most recently at Rentech, Inc. and Rentech Nitrogen Partners in Los Angeles. With experience at both start-ups and multinational corporations, Mr. Cohrs is an expert in global finance and planning, M&A, IPOs and investor relations. He has also served as a faculty member at Cornell University and Harvard University. Mr. Cohrs earned a B.S. degree in engineering from Michigan State University, and M.A. and Ph.D. degrees in economics, finance and public policy from Cornell University's Johnson School of Management.

"Dan's broad expertise in finance and his tremendous success in building capital and leading corporate strategy in companies large and small makes him the ideal CFO for DWave," said Vern Brownell, CEO of D-Wave. "Over the course of his career, Dan has raised over $25 billion of capital, successfully executed IPOs and mergers and acquisitions, and has been an outstanding executive known for his integrity and leadership. We are all pleased Dan has joined D-Wave and know he will make important contributions as we continue on this exciting journey into the future of computing."

Prior to joining D-Wave, Mr. Cohrs was executive vice president and chief financial officer of Rentech, Inc. and Rentech Nitrogen Partners, where he led the IPO and refinancing of Rentech Nitrogen and executed a number of acquisitions and partnerships in the fuels technology, fibre and fertilizer businesses. Mr. Cohrs served for five years as executive vice president and chief financial officer of Global Crossing (since acquired by Level 3 Communications), where he built a worldwide finance function to support the global operations of a $5 billion company and raised over $20 billion of capital.

"What D-Wave has already achieved as the first quantum computing company is awe-inspiring," said Dan Cohrs. "There are just a handful of companies in the world willing to tackle the most complex challenges, and fewer still that have succeeded. D-Wave has already demonstrated the ability to design, manufacture and sell the only scalable quantum computer ever built. I am very excited to join the team of amazing people who have accomplished this."

D-Wave Systems is the first quantum computing company. Its mission is to integrate new discoveries in physics, engineering, manufacturing and computer science into breakthrough approaches to computation to help solve some of the world's most complex challenges. The company's quantum computers are built using a novel type of superconducting processor that uses quantum mechanics to massively accelerate computation. D-Wave's customers include some of the world's most prominent organizations including Lockheed Martin and Google, whose system is hosted at NASA's Ames Research Center. With headquarters near Vancouver, Canada, D-Wave U.S. is based in Palo Alto, California. D-Wave has a blue-chip investor base including Bezos Expeditions, BDC Capital, DFJ, Goldman Sachs, Growthworks, Harris & Harris Group, InQ-Tel, International Investment and Underwriting, and Kensington Partners Limited.