Thirty-four of the companies had leadership transitions involving the departure of long-time (10 to 38 years) CEOs, several of them founders.

These companies were not more likely to change leadership structure than the F100 overall. However, when they have changed structure – upon departure of the long-time CEO or later in our analysis period – it has been predominantly to split the roles. Twelve companies split the roles; two split then recombined.

In all but four transitions, the incoming CEO was a company insider. The exceptions were:

Among the companies in the Always Combined and Combined with Transitions groups, these transitions were for the most part well planned and executed, and the transitions came about with executive retirements.

An exception was the more recent change at Johnson & Johnson, which has had two transitions from long-serving CEOs since 2000. R. S. Larsen retired in 2002 after 13 years as CEO and was replaced by William Weldon, who stepped down ten years later. Weldon was forced to resign amid a combination of over-the-counter drug recalls, government investigation into clandestine product recalls, FDA warnings about false product claims, and an SEC investigation into bribery of doctors overseas. Alex Gorsky succeeded the embattled CEO in April 2012, and replaced him as Chairman eight months later.

Transitions were also orderly among the Always Split and Single Split companies, except at Bank of America and Freddie Mac during the financial crisis, and at UnitedHealthcare, where CEO William McGuire was forced to resign in 2006 amid allegations of backdating stock options. Best Buy is a special case in that the Chairman and CEO roles have been split since founder Richard Schulze relinquished the CEO role in 2002. However, he remained Chairman until 2012. 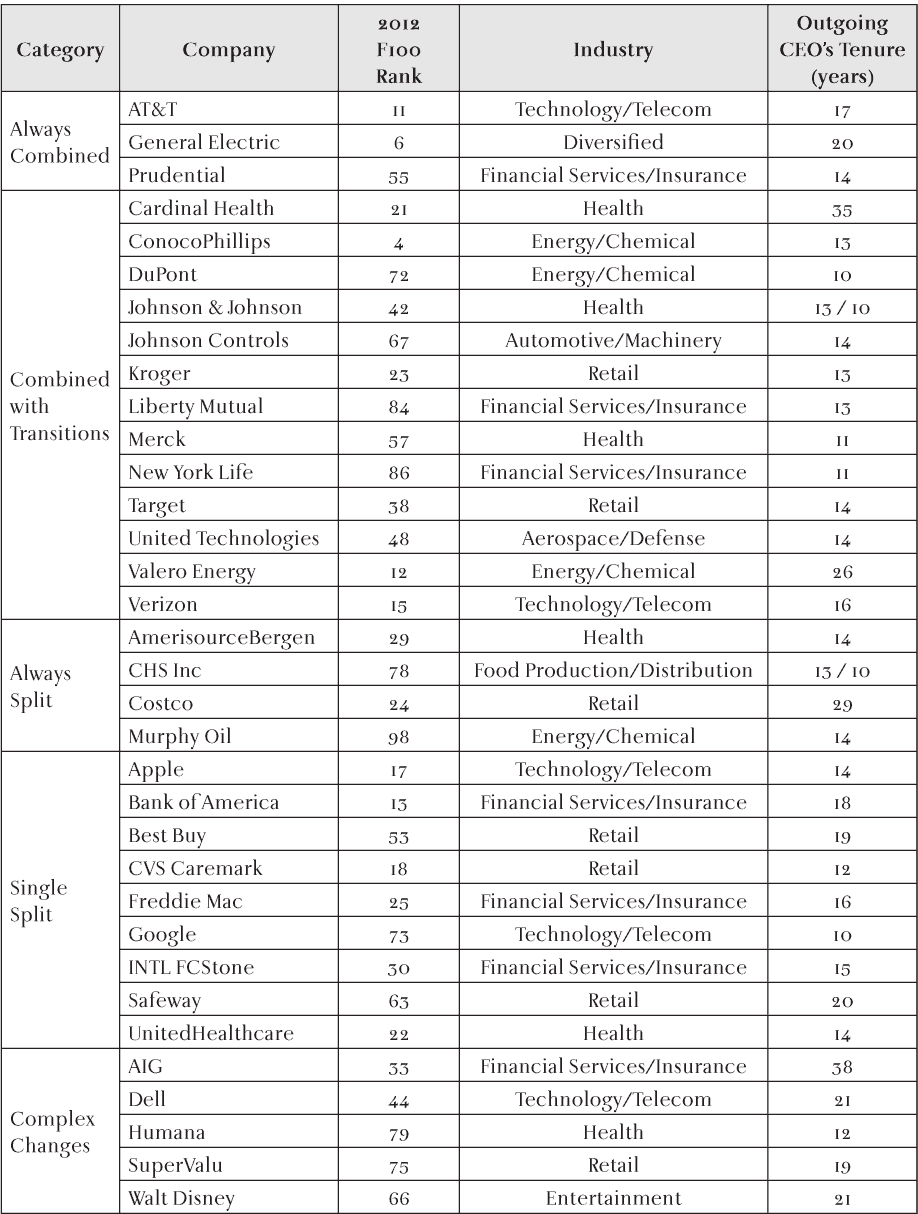