Breaking News: eSignature Co. DocuSign Board Shuffles after IPO: the Founder, & Chairman and xCEO and Three VCs Step Down. Four Others Named

eSignature Co. DocuSign Board Shuffles after IPO: the Founder, & Chairman and xCEO and Three VCs Step Down. Four Others Named

Just after three months after its IPO, five of twelve of DocuSign’s board members are stepping down. The board appointed three others to the board, in addition to one that was appointed in March of this year. 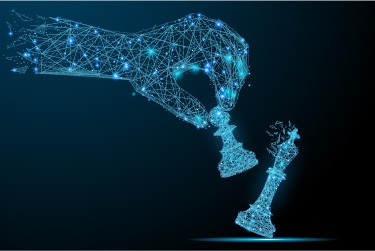 Intel announced that CEO Brian Krzanich, 58, has resigned.  Robert Swan, 57, Intel’s CFO has been named as the interim CEO. Intel was recently informed that Krzanich had a past consensual relationship with an Intel employee. A subsequent investigation resulted in the resignation.  Outside of the affair,  Kraznich’s reputation suffered as a result of two 2017 events:  (1) the  scary security flaws in two chips, named  Meltdown and Spectre,  and (2)  Krzanich’s stock sale of $24m, ahead of the security flaws being made public.

Cloud-based software platform for medical providers, Athenahealth is in turmoil. CEO and co-founder Jonathan J. Bush, Jr., 49, stepped down as President, CEO and Board Member. He had been replaced as Chairman last year by Jeff Immelt.

Carl Icahn wins big at Xerox and the Resulting Board Shuffle

The Facebook Leadership Shuffle after the Cambridge Analytica Scandal

Facebook has re-organized its ranks in the wake of user privacy issues that has been creating waves across all quarters. The social network’s misuse in the spread of Russian propaganda and disinformation and the more recent Cambridge Analytica scandal have made data privacy and security issues the foremost priority for the social media giant.

Jan Koum, 41, CEO of WhatsApp stepped down from the board over significant disagreements over privacy issues. The company hired heavyweight and Senior Obama Advisor, Jeff Zients, 51. Earlier this year, the company also hired its first non-white director, former American Express CEO, Ken Chenault, 66. More details on the board shuffles are outlined below.

NCR Corporation has named Frank Martire, 69, as Executive Chairman. Martire most recently served as non-executive chairman of FIS till last year. He served as CEO of FIS after acquisition of Metavante, where he served as CEO before the acquisition.

Twitter’s CISO Michael Coates steps down from his role to launch his own security startup. Coates joined the company in January 2015. He had joined from Shape Security, where he was the Director of Product Security. Earlier in his career, he held roles at Mozilla, Aspect Security and Motorola.

Published in Breaking News
Tagged under
Be the first to comment!
Read more...
Thursday, 21 December 2017 12:32

Gold was previously SVP and CIO for Avaya, guiding all aspects of the company’s technology strategy, as well as leading IT business operations and systems globally.

Prior to joining Avaya, Gold was the EVP, CIO and Corporate CTO for GSI Commerce.

Khosrowshahi has been the CEO and President at Expedia since 2005. He has served as a member of Expedia’s Board since completion of Expedia’s spin-off from IAC/InterActiveCorp in August 2015. Immediately prior to the IAC/Expedia spin-off, he was CEO of IAC Travel.  Before that, he had held a series of executive roles at IAC, including EVP and CFO, as EVP of Operations and Strategic Planning, and President of USA Networks Interactive. Prior to joining IAC in 1998, Khosrowshahi worked at Allen & Company from 1991 to 1998.

Published in Breaking News
Tagged under
Be the first to comment!
Read more...

Vishal Sikka, 50, has resigned as the MD and CEO of Infosys over differences with the founders on governance issues. Sikka will now be the Executive Vice-Chairman of the company. He joined Infosys in June 2014. He was the first CTO at SAP before joining Infosys. He is credited with accelerating SAP’s development processes, transforming its innovation culture and leading several successful product co-creation initiatives with clients.

The struggle between Infosys and its founders began in February this year after founder and former chairman Narayana Murthy accused the company of corporate governance lapses.

Uber Technologies’ CEO Travis Kalanick, 40, has stepped down from his role. He will continue to serve on the board of directors.  Five of the major shareholders in the company – Benchmark Capital, Fidelity, First Round Capital, Lowercase Capital and Menlo Ventures, demanded the CEO’s resignation.

Kalanick co-founded Uber in 2009 and led it to be the largest U.S. ride-hailing service and among the biggest globally. Prior to Uber, he co-founded Red Swoosh in 2001 that specialized in file-sharing technology and managed to sell it to Akamai Technologies for nearly $19 million in 2007. Before Red Swoosh, he co-founded Scour with his UCLA batch mates in 1998 which offered an Internet search engine and file-sharing services.

Uber Technologies’ month's long investigation into its own culture has now extended into its most senior ranks.

The Holder Investigation Findings. On Tuesday morning (June 13th, 2017), former US Attorney General, Eric Holder and his law firm issued a report with 13 recommendations, as published by the New York Times Link to Eric Holder's Report Recommendations by NYT). The recommendations included transferring some of the CEO’s responsibilities to the COO and appointing an independent Chairman.

Uber Technologies’ CEO Travis Kalanick, 40, has stepped down from his role. He will continue to serve on the board of directors.  Five of the major shareholders in the company – Benchmark Capital, Fidelity, First Round Capital, Lowercase Capital and Menlo Ventures, demanded the CEO’s resignation.

General Electric announced that Chairman and CEO Jeff Immelt, 61, will be stepping down. John Flannery, 55, current president and CEO of GE Healthcare, has been named CEO. Immelt will remain chairman of the board through his retirement from the company at the end of the year. Flannery will take over as chairman of the board next year.

Published in Breaking News
Tagged under
Be the first to comment!
Read more...
Page 1 of 8