The functional composition of Canadian and U.S. boards is markedly different in some areas and similar in others. Looking at the medians, 10th and 90th percentiles, offers additional insight into the characteristics and differences.

Independent outsiders are more prevalent at the median in the Canada versus United States. (26% in U.S. and 32-33% in the Canada. The numbers, while slightly better in Canada, need to be improved in both countries.). This is in spite of the fact that US companies have more talent close at hand and more tight relationships within the technical community. As entrepreneurs are on their second, third and fourth start-ups, an ecosystem develops and can benefit new generations of first-time entrepreneurs. It is our observation that this ecosystem is still developing in Canada. Our recommendation is to utilize our neighbors to the south to increase the number of independents on the board and to have a view on the US market.

Consultants, suppliers and customers are not present in our survey sample in Canada or the U.S. This is perhaps due to the Sarbanes Oxley requirements for public companies, but we strongly believe that it may not be a requirement for a small private company. A customer’s perspective or a key supplier’s perspective may be absolutely essential to helping the company cross the chasm. We believe that a customer, supplier or industry luminary/consultant may be once removed as a customer: for example a person who has been in the industry but has recently retired or taken a role in another industry. The strategic perspective they can provide is invaluable to the entrepreneurial venture.

The proportion of investors is notably more present in Canadian companies, than in U.S. companies. They are similar at the median, but the 90th percentile is 10 points higher in the U.S. sample. This is interesting as there may be more independent investors in U.S. ecosystems, such as entrepreneurs who are investing as angels, or independents in a variety of companies, after having ‘cashed out’ from their earlier ventures.

A Korn Ferry study on boards states that the ideal number of insiders / outsiders for a Fortune 1000 board is two insiders, eight outsiders.

The Silicon Valley 100 report indicates that 81% of board members in that sample are independents versus 75% in the same sample in 2003. This presents a radically different picture than at the entrepreneurial board level. We would say that while small companies have more insiders, a trend toward more independents would be beneficial.

Both Canadian and U.S. entrepreneurial companies would benefit from adjusting their focus to a more independently oriented corporate governance approach. Canadian companies in particular are still too internally driven. Canadians have a chance to gain competitive advantage by adding strategic board members, such as those representing independents, customers and suppliers (whether currently active or retired). Canadian companies have the additional challenge of addressing an international market sooner than their U.S. counterparts, and U.S. board members would be a tremendous asset to them.

Figure 1.1: Board Composition of U.S. Companies: Spread in Representation 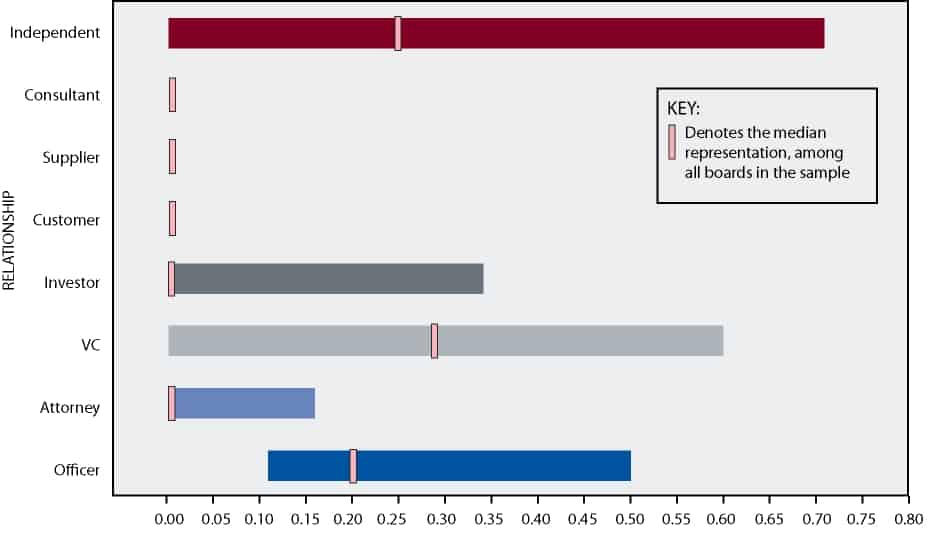 Figure 1.2: Board Composition of Canadian Companies: Spread in Representation 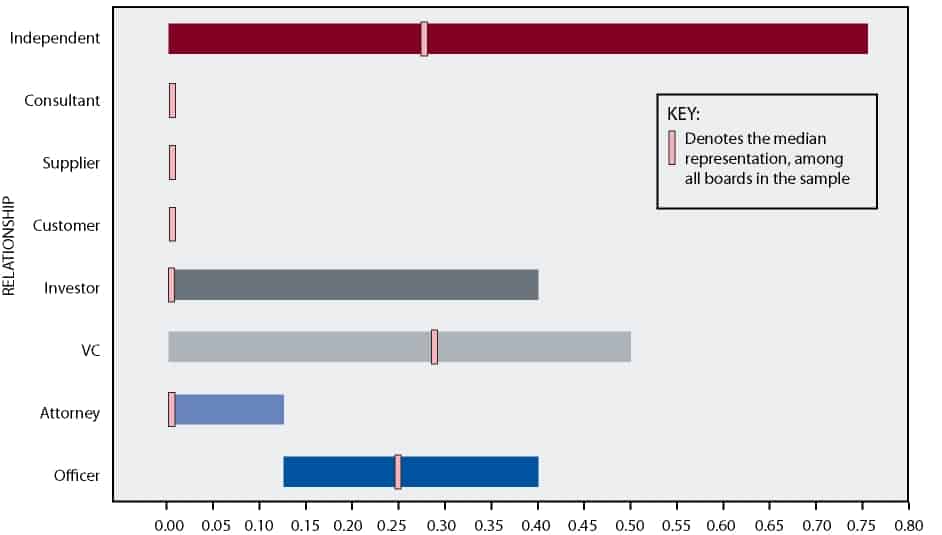