Giant technology companies have had plenty of action with their boards the first half of 2018. This is the second of a two part series of updates.

In our prior edition, we highlight the trends overall as well as the Mammoth companies as well as companies that have had big re-organizations.

Prior Edition: Part One - Trends in Exec and Board Leadership Changes in Tech Companies ( posted on our blog or on our  LinkedIN Articles) 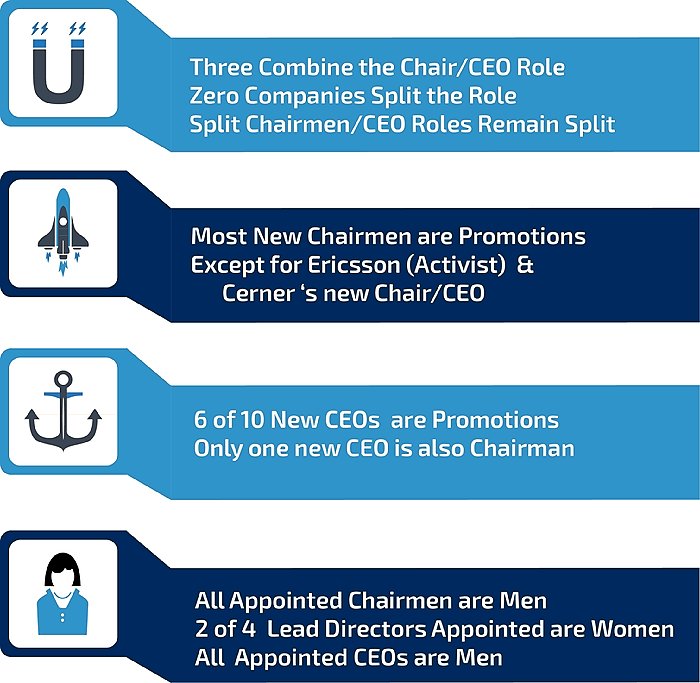 No Gender Diversity in New Chairmen:

All new CEOs Appointed are Men: 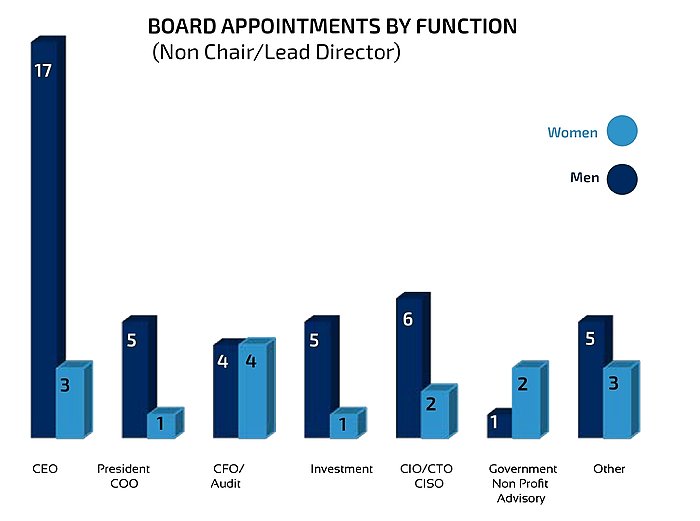 Only one company in our group hired a new Chairman (non-CEO) externally:

All others were Chairmen promoted from the existing board:

Other Functions: Government, Academics, HR and others

Why Clients Chose Us

This email address is being protected from spambots. You need JavaScript enabled to view it.
617-416-9088

More in this category: « February 2011 Appointments Technology Board Members in Non Tech Companies