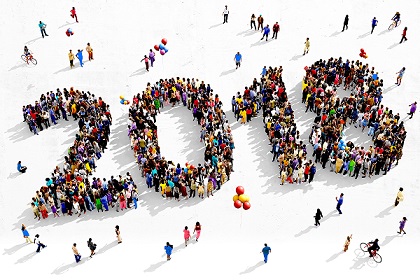 We endeavor to catalog all open technology CEO roles (as of 12/31/2017) and latest appointments for the month of December 2017.

The average length of time the searches are open is 4 months, up from 3.9 months earlier this year. There is little variance across geographies. 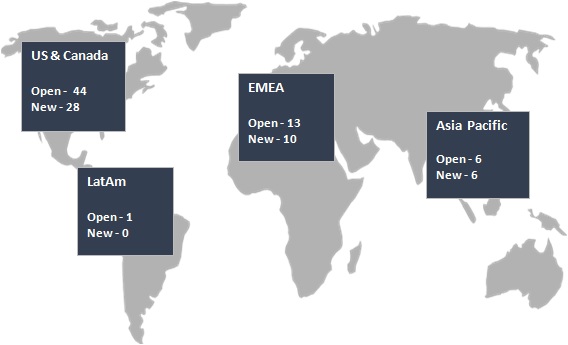 27% were current chairmen or board members, 9% of the CEOs appointed were COOs or President or EVP - Operations, CFOs were 2%, iCEOs were 2%, divisional execs promoted were 7%, 21% other internal executives and 32% external appointments. 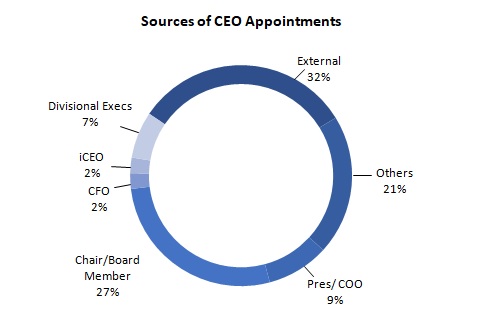 Diversity: 4 (8.7%) CEO out of 46 total CEOs appointed were women (out of 44 CEO appointments – 3 CO-CEOs appointed at Samsung Electronics) 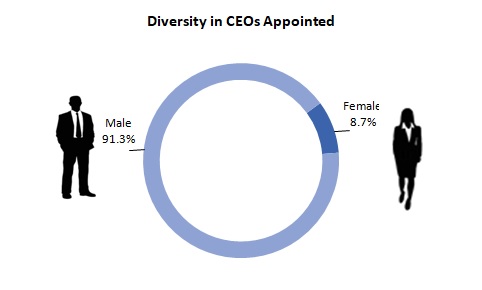 Diebold Nixdorf, Ohio, December 2017 - Andreas “Andy” W. Mattes is stepping down from his position as president and CEO. The Office of the Chief Executive will be led by Christopher A. Chapman, SVP and CFO, and Juergen Wunram, SVP and COO, until a permanent successor has been named.

Intellicheck, New York, October 2017 - Intellicheck announces the appointment of Bill White as interim president and CEO and the departure of William Roof.

SMART Global Holdings, California, November 2017 - CEO Iain MacKenzie has decided to transition to a revised role during the 2018 calendar year, but will remain on the board. It is anticipated that a search for a new CEO will commence in the near future.

Five9, California - Mike Burkland, Chairman, President and CEO, will be transitioning to become executive chairman. In October, he was diagnosed with Stage 4 cancer and will be undergoing aggressive treatment over the next several months. The board has named Barry Zwarenstein, the company’s CFO, to the additional post of Interim CEO while a search for a permanent CEO commences.

Millennium Health, California, December 2017 - Millennium Health appointed Robert "Bob" H. Fish as interim CEO. Mr. Fish will replace Jennifer Strickland, who is leaving the company for another opportunity but will continue as director. Fish currently serves as the Chairman of Genesis Healthcare.

Immersion Corporation, California, November 2017 - Carl Schlachte, currently chairman of the board, has been unanimously elected by the board as interim CEO.

Titan Logix, Alberta, Canada, December 2017 - Douglas Carruthers CEO tenure expires and will not be renewed. Carruthers will continue in his role as CEO and Board member until the end of January 2018.

Ancestry.com, Utah, September 2017 - Ancestry.com CEO Tim Sullivan is stepping down. CFO and COO Howard Hochhauser assumed the role of interim CEO as the company conducts a search for a permanent replacement.

Nexus Enterprise Solutions, Florida, October 2017 - James Bayardelle, was appointed as the company's CEO, until a new CEO is appointed.

Qlik Technologies, Pennsylvania, October 2017 - Qlik announced that Lars Björk, CEO, has transitioned his responsibilities to David Murphy as interim CEO. A search is underway to find a permanent CEO.

IndigoVision Group plc, United Kingdom, November 2017  - Pedro Simoes, who was appointed as SVP - Global Sales, has been appointed as Interim CEO and will join the Board.

SysGroup plc, United Kingdom, November 2017  - SysGroup plc announced that Chris Evans, CEO, has, due to longstanding health issues, will step down. A process is undertaken to appoint a permanent successor.

Samsung Electronics, South Korea, October 2017 - The CEO of Samsung Electronics and Samsung Display Kwon Oh-Hyun resigned from both the units, leaving in March 2018. Samsung has not yet announced a replacement.

StarHub Ltd., Singapore, November 2017 - CEO Tan Tong Hai will step down from his position. The group said it is engaged in a global executive search for a new CEO.

Oi S.A., Brazil, November 2017 - Eurico de Jesus Teles Neto to act as interim CEO, along with his current role Chief Legal Officer, until the Board deliberates on this matter. 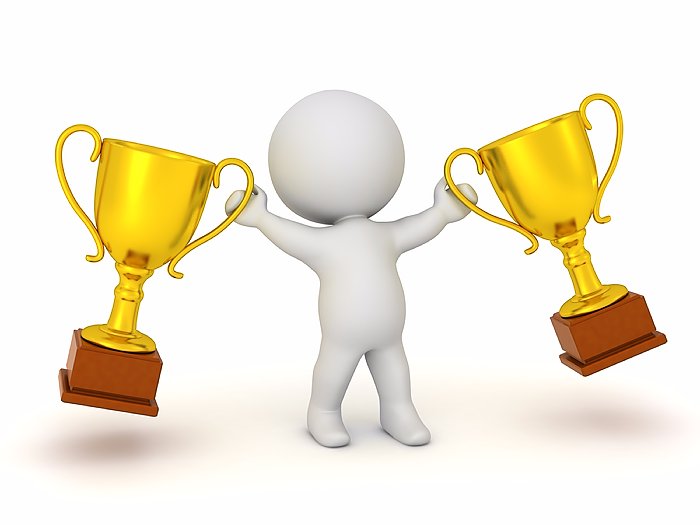 ManTech International, Virginia - Chairman and CEO will transition from his day-to-day management role as CEO to the role of Executive Chairman. The company has promoted President and COO Kevin M. Phillips to serve as the company’s new CEO and Director.

Ellucian, Virginia - Ellucian announced that Laura K. Ipsen has joined the company as president and CEO. Ipsen joins from Oracle, where she most recently served as GM and SVP for Oracle Marketing Cloud.

Ribbon Communications, Massachusetts - Franklin (Fritz) W. Hobbs, a director of the company, has been appointed President and CEO. Ray Dolan resigned as President, CEO and director.

Vidyo, New Jersey - Vidyo has named Michael Patsalos-Fox as Chairman and CEO. Patsalos-Fox, who has been a Director of Vidyo since 2013, was appointed as Chairman earlier in 2017.

ArisGlobal, Florida - ArisGlobal appointed Sankesh Abbhi as President and CEO. In his role, he replaces Deepak Abbhi who will now serve as the Chairman. Sankesh Abbhi is a seasoned executive within life sciences, and since early 2017 has served as ArisGlobal's Managing Director.

iLOOKABOUT, Ontario, Canada - Laurence Rose has left the company, in his position as CEO and as a director, to pursue other interests. Gary Yeoman, Executive Chairman, will assume the role of CEO and will be Chairman of the Board.

Biamp Systems Corporation, Oregon - Rashid Skaf is assuming the role of president, CEO, and co-chairman for the company. Matt Czyzewski, previous president and CEO of Biamp, will remain as EVP of technology. This appointment is concurrent with the completion of the acquisition of Biamp Systems by Highlander Partners from previous owner Lomar Corporation. Skaf joined Highlander Partners, where he serves as a senior advisor.

MatchCom, Florida - Tellza appointed Mr. Luciano Garavaglia as the CEO of its subsidiary, Matchcom Telecommunications. Garavaglia is a seasoned telecom and technology expert, having previously worked with Arbinet and Telefonica.

TELoIP, Ontario, Canada - TELoIP announced that board member Roger Davis has been named CEO. Davis brings a successful track record in the telecom and technology industries, serving as an investor, advisor and Board member of start-up companies. Davis met TELoIP while serving as mentor for MaRS Discovery District clients and became a major investor and Board member.

Zitius Service Delivery, Sweden - Zitius announced that Olle Svensson will succeed Haval van Drumpt as its CEO. Svensson is currently Business Unit Manager for metropolitan networks at the company, and van Drumpt is moving to Lithuania to become head of B2C for Telia there.

ustwo studio, United Kingdom - ustwo appointed Carsten Wierwille as CEO of ustwo Studios. Wierwille hails from Method, where he was the GM and led the company's global business.

GO Science, United Kingdom - The board of Thalassa Holdings Limited appointed Rafael Albea as CEO of Autonomous Robotics Limited (ARL). Mr. Albea has been working for Aker Solutions since 2011 in a number of senior engineering and management roles.

Samsung Electronics, South Korea - After the resignation of the CEO of Samsung Electronics and Samsung Display Kwon Oh-Hyun, three co-CEOs take over the role, each with a specific focus: Kim Ki-nam heading up the components business, Kim Hyun-suk (HS Kim)running consumer electronics, and Koh Dong-jin (DJ Koh) in charge of mobile and IT.

Infosys, India - Infosys appointed Salil S. Parekh as CEO and MD of the company. Parekh joins Infosys from Capgemini where he was a member of the group executive board. Mr. U B Pravin Rao will step down as the interim CEO and Managing Director and will continue as COO and a whole-time Director of the company.

BCC Fuba India, India - Amit Lohia appointed as the CEO of the company. Mr. Amit Lohia has been engaged in imports and exports of various commodities including trading business of chemicals primarily consisting of PVC raw materials since the last 23 years.

REFFIND, Australia - REFFIND Limited appointed Tim Lea as CEO. Mr. Lea brings 20 years of senior executive and corporate leadership experience to the company with a focus on banking and commercial finance in the UK and Australia with GE Capital, HSBC and Lloyds Bank followed by hands on experience building web and blockchain based solutions in Australia and key international markets.

Giga-tronics, California - Giga-tronics announced the proposed departure of its Co-CEO, Suresh Nair, to pursue a new opportunity. The company's board has named John Regazzi CEO; a position he previously held with the company until August 2016. 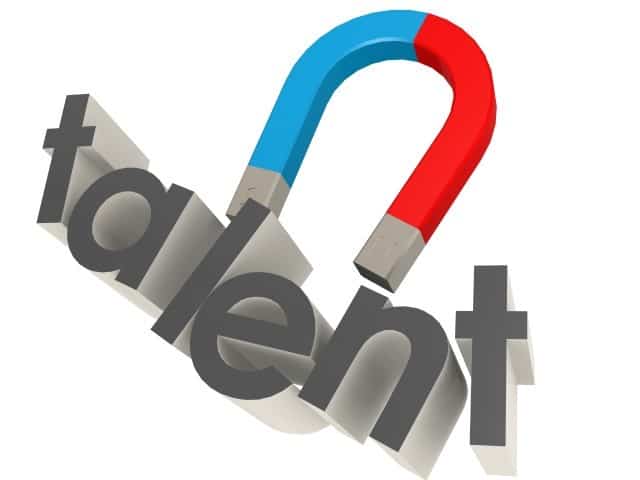