Welcome to our CEO Turnover Newsletter. This newsletter covers open CEO roles and latest appointments in the tech sector in the month of March 2017.

The average length of time the CEO searches have been open is 4.06 months, up from 3.8 months earlier this year. There is little variance across geographies.

Sources of Appointments: 51 were External appointments, and 51 were internal promotions.

Diversity: 4.9% of the appointments are women CEOs. 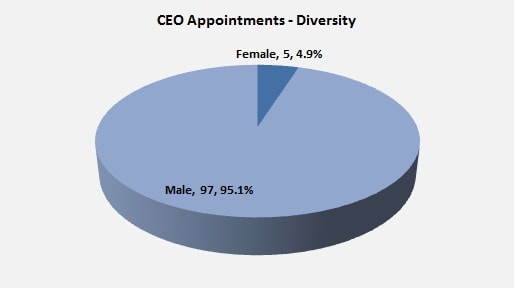 Geographic Distribution: 52 in North America, 26 in Asia/Russia/Australasia, 17 in Europe, 6 in Middle East and Africa, 1 in Latin America. 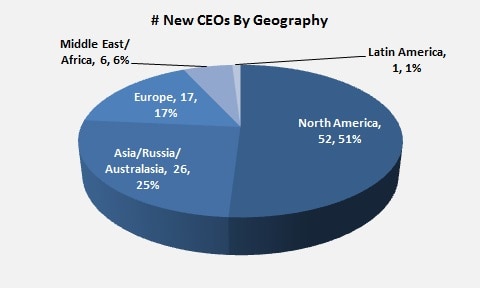 The average length of time the CEO searches have been open is 4.06 months, up from 3.8 months earlier this year. There is little variance across geographies. The longest open searches are:

Want to keep up to date? Get more updates on new board members (Tech execs on tech and non tech boards; women board members), on new execs/board updates for the Giants, the software industry, and many more. A summary of Vell Research Reports and board/exec updates can be found here. Vell Research Reports and Exec/board moves.
Dora Vell
Vell Executive Search
t: 617-530-1260 | This email address is being protected from spambots. You need JavaScript enabled to view it.
Vell Executive Search is a retained executive search firm that specializes in recruiting technology execs for boards and executive roles, such as CEOs and C-Levels. Vell has built a reputation for recruiting talented high-performing leadership teams globally.  www.vell.com